A Salutatory Retrospective, or "The Orbs are Coming Off"

At the end of 18th Circle, I felt a lot of mixed emotions.

I felt some achievement in having finished running the behemoth of a game. I felt regret that I hadn’t worked harder to balance the game. I felt happy that most players seemed to have enjoyed the game despite its pitfalls. And I felt an overwhelming sense of disgust for the behaviour that I had to handle in the game.

The latter of those three has been a recurring problem not just on Fortress but also elsewhere. Not just specifically disgusting bigotry, but angleshooting, cheating, OGI, other toxicity… And it usually stems from a willingness and drive to be “edgy” as if that’s something cool. A decade ago, on the site on which I first played in a forum game, this went to an extreme and the staff created a section that served as a mini-/b/ in the hopes of quarantining that behaviour, a bigoted, doxxing-heavy, cesspool. That section had to be destroyed and it was a huge dramatic mess.

I have enough stories of shitty behaviour that I could go down the list of rules on most sites as a checklist of “Seen that, seen that, seen that this way and this other way” and it’s kinda draining some of the time.

Even months before 18th Circle started, I’d confided in several people that I had lost a lot of my passion for Mafia. From the start of my time playing, I knew I was most interested in design, but with design came hosting, which while I got good at it, was a lot of work, and all too often extremely under-appreciated. Not unlike moderation. (Though in that under-appreciation I got some chuckles occasionally.)

When Fortress started as a new Forum of Lies, I believed that despite the community’s young age and a handful of players having a tendency to walk the edge, there was still a nice social spirit here that the staff could cultivate. I supported that belief with effort to create games for the community and with a moderate financial donation to the site.

But even long before Fortress started, the cracks had started to show. There’s a transphobic troll who had abused over half a dozen people, including some staff, still to this day running rampant with no longterm consequences from staff. There were at least three different groups of players that clashed semi-regularly about the direction for the community. A group of four users were regularly spit upon by people at all levels of the community even after I stepped in and called it out to staff.

As far as I can tell, Fortress staff don’t really believe in permabans, so none of the problem players will ever be weeded out.

And in my time in the review team, I saw the staff side of things. And it wasn’t much better. I had to beg staff for review standards to be explained, and even then it only happened as a “solution” after I had somewhat given up on being as strict as I was at the start. After I had somewhat given up at taking pride in my work because I knew, as other reviewers and I said to each other, that reviewing on Fortress was “a crapshoot, a lot of unrewarding busywork”.

If I was harsh as a reviewer like I used to be then it’s “Osie’s just [unnecessarily] stricter than everyone else.”

When I wasn’t harsh, then when a mistake inevitably happened, it’s “Why didn’t you catch this?”

I ended up saying, well after I had already stepped down as a reviewer, that:

My thought is that the way to do things conscientiously is to hard deny anything that is even a low medium amount of hot garbage, and then set a limit for how long you’re going to work on the ones that aren’t excessively hot garbage, where if they aren’t acceptable by that deadline, you deny them. But who knows if staff would go for that.

DatBird was the lead of the review team and they never seemed to want to be running anything, let alone a team of people who were passionate about the design and development of games. Dat was routinely dismissive of any questions or requests, to the point that I actively avoided asking them for anything. I would approach anyone else first when able. I eventually brought this up with Chloe to little effect. But that was the spirit of Fortress staff. Little effect. It didn’t help that ALL of the mods, were either busy or withdrawn most of the time, or would usually have to refer you to one of the big three (Arete/Chloe/Dat).

And the spirit of the site had become a place that was lenient on everything. Even bigotry. So my impression of the recent measures is that they are an attempt to create a dam out of tissue paper. It was never going to hold anything back because the slipshod performance of the constructors that maintain it is just as much of an issue for the future of the community as the forces battering against it.

Fortress is not the only community that faces the problems that it faces. It’s a small speck in the bigger picture of internet discussions. But it’s telling that just like MU, just like a number of the failed communities out there… Fortress feels like it has the culture of a high school.

Mafia has grown with me and we’ve both changed. The site has as well. I can’t simply be the drama mod whenever shit blows up. It takes up too much energy and I cannot assure my best performance anymore.

After 18th Circle, I took what I thought was going to be a break. I tried playing again after a bit in a few casual communities. I tried hosting again. But the spark wasn’t there. Those games were enjoyable, but what made the game enticing at its core is gone for me. This had affected me as a player, as a host, as a reviewer, and for a while, even as a designer.

So I started stepping away from communities. Dismantling the network of players I had constructed before 18th Circle was even a consideration. I severed potential for connection with a lot of people. I stepped away and focused on my life. In the end, life goes on.

And I had mostly done so here on Fortress. As soon as both myself and the other reviewers for the games I was still technically on had signed off on them, I was going to step away from the site permanently. I have been logging in exclusively for the purpose of checking up on the relevant reviews.

So I started laughing immediately when I received:

After numerous examples of games not being reviewed to our standards (most recently UFO FM), we are removing you from the review team.

… after I had already left the review team and was explicitly on the reviews I was on in a purely advisory capacity. As anyone can see, the last game I approved was in early June. I stepped down a month ago.

For the other games I was reviewing, I left the approval to other people. But I wasn’t accepting new games, since I had stepped down. So all that really entailed was one game, which Zone just passed last night.

I’ve enjoyed a lot of the games I’ve run, played, reviewed… There’s very few games which I can categorically say I didn’t get at least a bit of enjoyment from. And none of those were on Fortress.

This was my experience. Something I’ve already detailed to multiple people. I don’t really have a response to the question “What’s your solution?” at this time. I have no expectation that I’m going to be the catalyst for anything.

But I know that it’s time for me to move on from the community, and eventually from the game altogether, and I don’t like leaving without providing some context. Without saying goodbye.

I’m not going to be responding further to this thread. I don’t intend to login to this site again outside of perhaps grabbing something from a PM here and there. If people seek to address me on this, they can do so in private. (osieorb18#0126 on Discord)

I may see some of you around elsewhere. So long and thanks for all the fish.

TL;DR - Goodbye. Lots of love to some and hope for a better future to others.

There’s a transphobic troll who had abused over half a dozen people, including some staff, still to this day running rampant with no longterm consequences from staff.

And in my time in the review team, I saw the staff side of things. And it wasn’t much better.

Took you joining the review team to figure that out?

what things have you seen kyo

it’s all coming out today

how are you still here then

Wasn’t that when Froctus had pinged me and it was at the top right of my screen while doing an essay?

Unfortunately it’s the other way round now. I have to read. READ. It’s dreadful. I actually can’t. This must be how Gemma Collins felt when Big Brother only had straighteners and not heated rollers.

This must be how Gemma Collins felt when Big Brother only had straighteners and not heated rollers. 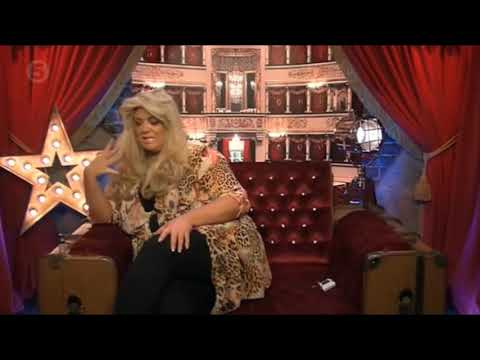 No I pinged you lmfao

Bro I have to take only gen eds this semester

I’m literally half asleep in my theo class