The floor creaks as people walk down the dim corridors of the archives, its decrepit floors littered with files upon files of strange and unusual statements. Assistants sent to fetch a statement cough as years of accumulated dust is stirred up for the first time in months, maybe even years. Various researchers meander the halls, hoping to find some answers amidst the chaos. Although the archives are quiet, no one can quite shake the feeling that someone is watching them…

The shadows are still, but something hidden within them seems to be moving just out of eyesight. People glance around surreptitiously, looking for anyone who may be spying on their actions. Beings that blur the line between human and monster hide amongst the staff, quietly plotting their rituals. As the divide between realities grows weaker, the members of the archives scramble to find the traitors in their midst before it is too late.

It is now time to step inside the… 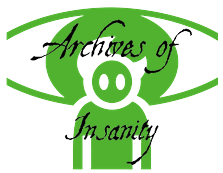 Credits to Soup for flavor

Welcome to the 11th Blood On The Forums game, hosted by me. This is the first ever BOTF on the new forums after old site went down… so… idk?

This BOTF features a homebrew script created by Soup#1966 on discord and credits belong to him. This is not my script and this script features complete homebrew characters.

I will only allow Travelers once we have 7 or more players.

Playerlist (when you /in, pick a seat):

If you have any questions, feel free to ask me anything.

/in multitabing is a great idea what do you mean

Still on break from FM games, but this is a Misc, so I’ll help fill this up. Plus CRichard keeps asking me whether I’m going to join the next BotF and I’ve been saying yeah probably, so I guess I better now.

My schedule is a bit iffy recently, so not exactly sure how much I can put into this, but I’ll try.

this is a fm game wearing a trenchcoat that says “misc”

This misc is using Nord VPN, which helps it disguise itself as a misc while pretending to be a Fm game.

20 cents for 3 months when you use my code uh

Haha yeah, I know. In many ways it is basically FM, and I often think of it that way. But going to pretend it is just a Misc this time.

You should start a tag for botf at least. Maybe there will be other tags later.

It depends how popular BOTF is I guess.

We have 10 of these so far, but it’s been over the span of like 3 years or something.

Well, it is pretty much considered one of the standard Misc games here, so I would think it deserves a tag.

Wait actually. Before I leave, imma leave a random BOTC character with 0 context at all.