Natural Action Resolution (or NAR) is the most standard system of deciding what order to use for resolving actions during a mafia game. It was originally designed by Xylthixlm over on MafiaScum.

To utilize NAR, start by applying the Golden Rule of NAR.

The Golden Rule of NAR: Apply actions which modify other actions before the actions they modify.

Here are two examples of the Golden Rule in action. 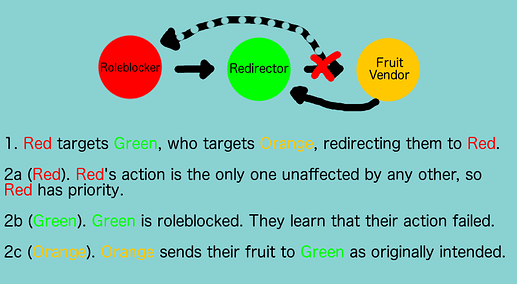 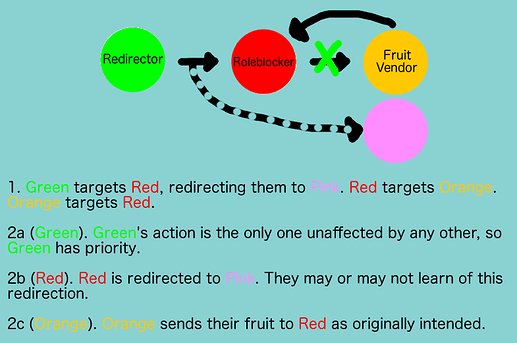 But what if two actions modify each other (or nobody has an unmodified action)?

Sometimes the actions that might affect each other form a loop of sorts, or the order of resolution otherwise matters and cannot be determined via the Golden Rule. In that case, you can use the following priority list:

You may notice this list is a little more specific than that on MafiaScum. That is intentional. 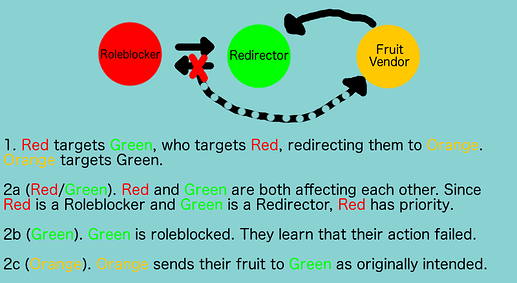 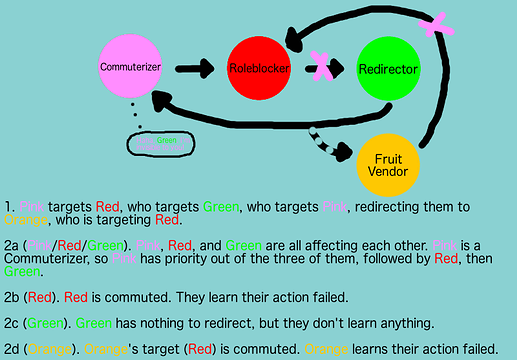 Always start with the highest role priority that applies to a part of the role.

Addendum: But what if two players have the same role priority?

Here are four examples of resolving the same role priority: 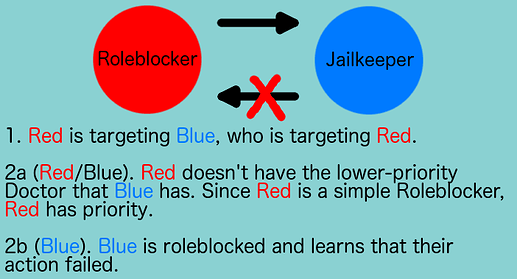 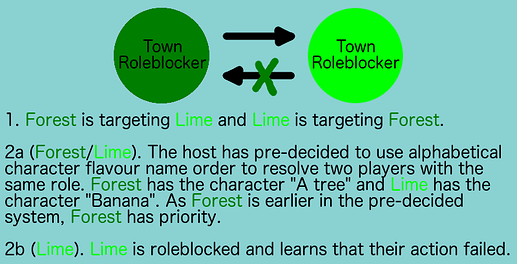 Other Systems of Action Resolution

Should you prefer to use something other than Natural Action Resolution, the primary other type of system that is particularly easy for players to understand is “Linear Action Resolution”, also known as LAR or Order of Operations (OoO). In such a system, the actions are resolved in order of a list, similar to the priority list in NAR.

While this is the easiest type of system to understand, this can be unsatisfactory for the players in the second example on this page. If we were to use NAR’s priority list as an Order of Operations, when Roleblockers ALWAYS resolve before Redirectors, a Redirector cannot redirect a Roleblocker as the Roleblocker’s action has already occurred, and as such, the Redirector will have their action fail when targeting a Roleblocker.

SNARF is an example of Linear Action Resolution.

I can’t understand this there aren’t enough pictures

It has its ups and downs. I like the idea of something like a double-jailkeeper resolving as a double-doc, though.