Orange's "I got new headphones for Christmas" Walrus 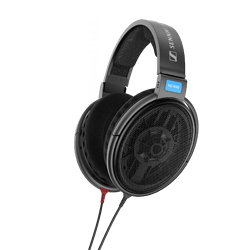 Orange’s
"I got new headphones for Christmas"
Walrus

A walrus is an event where a judge posts a list of categories. Entrants may then submit a song they feel is both good and appropriate for the category. The judge then listens to all of the songs from within each category and subjectively ranks them from worst to best, and reveals how everyone did.

The term comes from the twoplustwo forums, where they were originally referred to as Trololollapaloozas. Walrus as a name may not make much sense, but at least it’s an upgrade?

How do I participate?

Just choose songs that you think are good and fit each category, and follow the directions below to submit them. Then, when each category has been scored, you can listen along to the reveals on Discord!

How does scoring work?

The place your submission to a given category is placed will be the number of points you get from that category - 1st place will get 1 point, 10th place will get 10 points, and so on. Overall scoring will operate on a drop-one system - each player’s worst category will not be counted towards their final score, and the rest of their scores will be averaged. (This means you can also skip a category without direct penalty). The player with the lowest average points at the end is the winner!

How can I maximize my score?

Although this is a purely subjective event rather than a hyper-competitive one, scoring will be done to help encourage people to submit music the host likes. As such, the host will generally score songs they like but have never heard before over songs they have heard, and songs they listen to all the time may score relatively poorly despite being good. You don’t have to go way out on a limb, but try to avoid obvious tracks the host will surely know!

Can I submit multiple times?

Are there any other restrictions on submissions?

Submitting a song that is overly long will make it hard for the judge to adequately assess it - if you’re going to go well beyond a reasonable length with any song, please do so sparingly! If the host ends up skipping your song, it’s going to do poorly and nobody will have gained anything from your submission. Also, if a host has given any example tracks, don’t submit an example track right back at them. Similarly, don’t submit the same song multiple times within or across submissions.

Can I tell people what I subbed?

Anybody but me - in order to ensure a fair playing field, I will intentionally not know who subbed all of the songs I’m scoring. To maintain this, please do not discuss your subs publicly, or anywhere I might see them. If you would like to, in private, ensure you and another person do not submit the same song, that’s fine, but do no more than that please!

Pretty much anything except modern “country” and modern pop/hip-hop has a chance of working for me. I tend to favor rock and alternative music in general, but that also means I’m the most familiar with it. Electronic music can be hit-or-miss, as can rap, but if you give me a good one in those categories it will do really well. Instrumental pieces (such as classical, jazz, soundtracks, etc) are also fair game.

What should I not submit?

I have no strict bans, but if I listen to it every day or it’s super commonly known it may not score as highly as something I haven’t heard. To aid in this, I will link this Spotify playlist with a bunch of stuff I have heard - if you want to search through it (via the search button in the desktop app or via scrolling down the alphabetical list in browser) to see if your song is already there, be my guest. You will not be dinged for skipping this - I’m not going to intentionally score songs I don’t like as much very far above songs I like more regardless of novelty. However, if I like two songs about the same but one is new to me, it’ll do better.

So I should read that whole playlist before deciding what to submit?

No! Just because something isn’t on that list doesn’t mean I won’t like it, and just because a band is on that list DOES NOT MEAN I HAVE HEARD ALL OF THEIR SONGS. I don’t tend to listen to everything by a single artist almost ever, so even if I have a lot of their songs on there it’s possible I haven’t heard the one you want to submit, and I might love it! I strongly recommend you use this list only to check submissions for exact matches, rather than to inform them.

What other pointers can you give me?

I was one of the judges in FoLrus - you can see what I scored highly, what I didn’t like, and read my thoughts on each song submitted to my Wildcard category here.

How will you be listening to the submissions?

I will endeavor to listen to each song at least once, ideally the initial time, in the best setting I possibly can. This will be a pair of Sennheiser HD 600 open-back headphones connected to a Schiit Hel 2e DAC/Amp, and where possible will utilize a high-bitrate streaming service such as Amazon Music (which is complete garbage you should not pay for, but does have really good audio quality). However, I’ll also probably listen to these things while going about my day, and so they are also likely to get playtime from my phone off of YouTube using my 1MORE Quad Driver earbuds, or potentially even my basic-trim-level stock car speakers.

Where will the reveals be hosted?

Reveals will be hosted either in the Breadbox Discord or in the MU Discord. Exact location may vary from category to category, keep an eye out.

Description - As a student, I’m often working late into the night while studying, and I like to have background music that isn’t too intense on while I do. Send me a song you think would be a good fit for late-night studying - but save the “desperately trying to keep yourself awake at 5am through sheer noise” tracks for a different category.

Description - Older songs that sound like they would appear in a Fallout game’s main radio station - generally, this will be music recorded from the 1920s through the 1960s, although songs outside of this date range are allowed provided they still capture the same feel. If you’ve never played a modern Fallout game, skimming this YouTube playlist or other Fallout playlists and the example tracks should zero you in pretty quickly. Just don’t submit any songs actually used in a Fallout game.

Description - I’ve sometimes gotten into new games or shows because of their soundtracks. Advertise to me! Just be aware that the heavily emotional piece that plays during the saddest part of the thing probably won’t hit quite as hard without that context.

Description - Live versions of songs that are better than the original.

Description - Only the highest-quality video game rips allowed. Send in some catchy, hopefully-unironically-good internet mashups (do not have to be specifically video-game related). Now that’s a pretty meme. Exquisite!

Example Tracks:
Luigi’s Mansion - Professor E Gadd
Sucker is a new and original song which doesn’t plagiarize at all
““sweet dreams but i put kahoot music over it” but I fixed the tempo” but I added Joker’s gun
smol psy’s smolventures
This is (not) the greatest song in the world.

Description - Songs from local bands - smaller is better. If everybody else has heard of them, it’s probably not going to score well even if they’re literally your neighbors.

Description - Songs worked on by a number of different people, all of whom are awesome. I don’t need to have heard of any of these people personally, but it should be the case that you can clearly see the influence of the people involved, whether that be through singing, composition, or something else entirely.

Example Tracks:
The Traveling Wilburys - End of the Line
Animator Dormitory - Back To You
Queen - Under Pressure
Revo & Yuki Kajiura - sand dream
Michael Jackson - The Girl Is Mine

Description - Give me a song that is designed to be funny! Although I will allow direct parodies, internet-like “meme” songs/mashups should be submitted to the King For A Day category, not this one.

Description - Covers or remixes of songs that are incredible in their own right or perhaps even surpass the original version.

Description - Shoji Meguro has the best guitars. Give me the song with the second-best guitars.

Send @orangeandblack5 a PM on the forums with the topic “Walrus - [username]” and links to each of your ten songs, each placed on their own line. Links should have a backtick (`) in front of and behind the link.

The backticks (`) are very important to include in forum PMs - please do not forget them!

Note that YouTube links are preferred where possible, but I will accept any link or form of submission. Because the goal is to try out my new audio equipment, it is likely that Amazon Music or another high-bitrate streaming source will be used for all of the songs on at least one occasion, but I will also likely listen to things on my phone or in my car at points.

If, for whatever reason, you choose not to submit to a certain category, please leave a blank line for it, and also reply to the PM with another message to confirm which category should be blank. Note that you will get one below the lowest possible score for any category you do not submit to, but this score is eligible to be your dropped score.

If you do not have an account on the forums, but would still like to participate, you may send a list of the same general format to orangeandblack5#4506 on Discord - however, you will not include the backticks. Instead, after you have posted your submission, please remove all embeds from your submission post by clicking the ‘X’ button on one of the videos that pops up.

Description - Live versions of songs that are better than the original.

what do you MEAN i can’t submit ENTIRELY wandersong

If you do not have an account on the forums, but would still like to participate, you may send a list of the same general format to orangeandblack5#4506 on Discord - however, you will not include the backticks. Instead, after you have posted your submission, please remove all embeds from your submission post by clicking the ‘X’ button on one of the videos that pops up.

frankly I’ve always found it easier to just have people click the little X, reduces odds the brackets make it to my end on accident, but it’s a good tip to know in general!

will this reveal faster than folrus

For a second I thought orange lost a bett.

Question
Is there a maximum length

Submitting a song that is overly long will make it hard for the judge to adequately assess it - if you’re going to go well beyond a reasonable length with any song, please do so sparingly! If the host ends up skipping your song, it’s going to do poorly and nobody will have gained anything from your submission.

In this day and age?

what am I supposed to do when my country, nevermind my city, hasn’t made any music in like 40 years?