Welcome to A Certain Scientific Railgun Mafia, Hippopablompoyeetus! You are Haruue Erii. 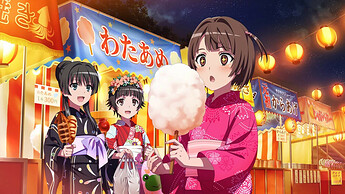 You are a level 2 esper and a Child Error - a student who was orphaned in Academy City, and made to enter the city’s orphanage system. You’ve recently transferred to the same school as Saten Ruiko and Uiharu Kazari, and you quickly became fast friends with them - especially Uiharu, as you both have similar builds and personalities. You are a very meek but kind girl, who only wishes for everyone to get along.

Previously, you had an issue where undergoing emotional stress would cause an RSPK Syndrome, which would make your esper power, Telepath, go out of control. However, ever since reuniting with your childhood friend Edasaki Banri, these incidents have stopped occurring. Recently, you’ve moved in with her, and both of your telepathy abilities have proven to be very handy as you can both communicate whilst away from each other. You don’t know what’s going on in the city at present, but you just hope that you can enjoy a normal school like with Banri, Uiharu, and Saten.

Please confirm by replying to this PM and by sending me the name of a player you would like to communicate with. As always, if you have any questions, don’t hesitate to ask.

Arctic would be funny actually

Yeah I will choose arctic please

I’ll invite him to this role card.

If he declines, you’ll have to pick someone else to communicate with.

both of you may communicate in any form you wish

i knew i couldn’t escape this game
curses

together we can probably get a good solve

i think people listening to us is probably the issue

that’s basically it so far

Yeah i thought so too

Atlas reaction to it looked bad to me too

“So you think he is NK?”. Weird response for a towny to have upon seeing a vote

lol’s vote on us is ~fine, you did jump to make reads p quickly

Yeah i like lol, their vote on me follows towny logic