The Map starts out as a 4x4 grid, which will be turned into a 3x3 grid at 9 players, then a 2x2 grid at 4 players. Each player will spawn in a different grid with a preset loot pool.

Movement: Each round, you may choose to move 1 tile in any direction, including diagonally. You may also choose to stay in your current grid for another go at your loot pool. Every round, player locations will be shown on the map.

Looting: After you move to your tile, you will have a chance to loot your tile. There are four different types of items; Physical, Magical, Defensive, and Support, as well as four different tiers; Common, Uncommon, Rare, and Legendary. You will be able to submit three looting actions by default.

The center squares of the 4x4 and 3x3 maps will have higher tiered loot than the outskirts on average, while the corners will have the lowest tiered loot.

Rooms will be made if there is more than a single player on a tile in order for the tile to chat. There will also be a main thread active at all times.

Each character can equip 2 of any combination of Physical, Magical, and Support items, and 1 Defensive Item.

Players will then submit 4 rounds of actions, or a ‘set’, for each character they pick. Character affinities will multiply their respective items’ effects by 1.25x. This stacks additively with strengths rather than multiplicatively.**

*This means that a Gladiator with a Physical weapon would do 1.5x damage to a Mage rather than 1.5625x damage, for example.

There are four types of actions; Attack, Heal, Support, and Evade. Only Healers can Heal. Gladiators can not choose to Support. For each type of Attack action, you must also submit a preference list of what type of character you would like to attack.

Critical Hits are achieved when you roll the highest number for your base attack (10 for Gladiators, 8 for Rogues, 5 for Mages, and 10 for Healers), and do double the damage.

Numbers for all calculations will be rounded to the nearest whole number.

Only Healers have access to the Heal move. This Healing will be done based on a 1d20, and then item bonuses will be accounted for. Healers can heal either themselves or their partner.

Health stats will be updated at the end of a turn based on the cumulative health total. So, if a Rogue with 10 health takes 15 damage, but is then healed for 20, they will survive with 15 health.

Players, backups, and specs have all been reset because I don’t remember any of that

What could possibly go wrong?

Well there wouldn’t really be any social deduction going on

how much booze/coke will i be needing

lemme go make some more moonshine then and contact my dealer

stop it
this game isn’t allowed to fill

/in to prove you wrong.

/out because I don’t want to play. 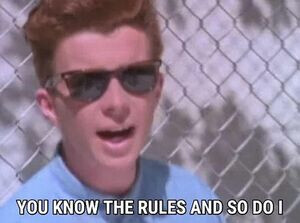 It sounds fun but it feels like a lot of math, so I’ll watch it first to get the hang of it, if that’s okay :)

Aye. Unlike Whysper’s game, there really isn’t much reverse-engineering to do on my end.
Everything has been prepared, so all that’s left is to strategize on what my opponents will do.
.
.
.
…actually, I might make another map in Google Sheet again, but since it’s just a 4x4 grid, I really doubt that it will be that interesting to actually make one.