Why do people show a lack of basic empathy to some, specifically on the internet?

I believe this is for a large multitude of reasons. One being lack of understanding. When people talk to others on the internet, they display very little emotion. I’m of the personal belief that most emotion displayed on the internet is far from real, but I’m also aware that that may only apply to me, which makes the point for this purpose useless and irrelevant.
If someone’s speaking on the other end of a computer screen, especially a person that you may not understand or know much about, it’s basic human behaviour to not care very much about them, if at all. People, on a fundamental level, thus cannot relate to you. They don’t understand what you’re currently going through, and its not that they don’t care enough to understand you, but they simply may have higher priorities, but that doesn’t excuse a simple few gestures or being courteous. They have far bigger priorities, some of which is about people they actually care about. People get along with better people they can relate to, or people they can legitimately understand. Why does that exclude them from basic empathy? It’s likely due to, simply, not caring enough to about a person they don’t know. This, of course, is standard human behaviour.
There’s exceptions to this, of course. People act more favourably to people that act extremely favourably towards them. This is a logical and simple conclusion, but one people tend to skip.

People which talk without any notice favour or emotion behind their words are extremely hard to relate to, as well as people who’s only “noticable” emotion beside apathy is mild anger. Negative experiences tend to outweigh positive ones in our psyche, which extends to emotion. Why would they care about someone who’s routinely negative, or for someone they simply don’t understand the struggles behind. It’s not hard to be nice, but it’s hard to overcome basic human emotion and be base-level empathic to everyone, or simply care about those you don’t understand.

This has been a self-entitled, exhausted lunatic rant by yours truly. Have a good current existence, good luck for whatever you’re going through, whether it be boiling anger from something thats happened or apathy reading a dumb rant by me, and just be kind, no matter what people do. You can be understanding and courteous to people, and hopefully I’ll start doing it too. Even if someone says some things you dislike, look at the bigger picture, and don’t take everything at face value. People don’t understand you, and you don’t understand them, so the only logical take is to simply be courteous, no matter the person on the other end… just don’t use this as an excuse to be rude and unempathetic, because that makes all of this invalid and you’re just being a jerk.
Some of these points are written a bit wrongly, but the main point still stands

why did i write this?
a mix of way too much melatonin and a question that wouldn’t get out of my head 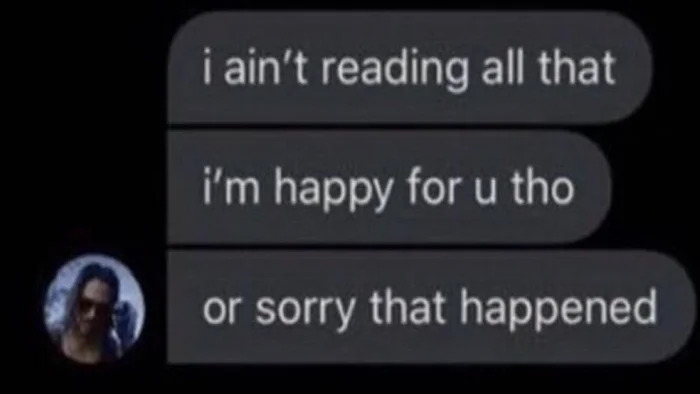 There’s so much here that I wish I had the time to reply to. Both in agreement and with personal observations. For now, I will just add this one thing.

People should never underestimate the power of the small gesture/comment. Both negative and positive. I think for the most part people understand the idea of how a small negative comment can affect someone. On the other hand, I don’t think people realize as much how a small positive comment can really impact someone. You may think the person probably won’t take notice or will care. However, sometimes these unexpected gestures are the ones that mean the most.

I’ve been in serious funks and then received a nice comment from someone and it has totally helped me turn things around. Like I remember getting messages unexpectedly from people like Wazza and Windy and Chloe and just being so touched. (There have been others too so sorry if I didn’t mention you!)

And even now, I’m going through some difficulties and not feeling particular social, so I haven’t been replying much to certain friends cause I just can’t handle more. However, I’ve felt so warmed by seeing the messages they’ve sent to me to see how I’m doing and being supportive.

Anyway, there’s probably so much more to say on this topic, but I wanted to add that.

Oh, and use emojis more often to show emotions!!

Atlas with who did you bet?

Is this an upcoming misc lore

Marl did you bet with Atlas and you won?

Online disinhibition effect is the lack of restraint one feels when communicating online in comparison to communicating in-person. People feel safer saying things online which they would not say in real life because they have the ability to remain completely anonymous and invisible behind the computer screen. Apart from anonymity, other factors such as asynchronous communication, empathy deficit, or individual personality and cultural factors also contribute to online disinhibition. Benign onli...

While people just being more willing to be shitty towards people who can’t be identified is one thing, a lot of the people who have easy and regular internet access are also those with an elevated level of privilege in life. That in turn has a correlation with feeling entitled to treat others as lesser, to abuse others for one’s own entertainment.

I don’t believe that internet access is a privilege in life anymore as like billions of people have it. Though the nastiness happen when people treat somebody as lesser than them due to their authority (for example, if they’re admin) or for anonymity alone, because well, it’s easier to hurt somebody you don’t know, but also, it’s easier to hurt people when they aren’t able to know you.

Though people can simply treat other users online with sympathy because well, it’s easy to know that, for example, User:Osieorb18 is not secretly an alien or a robot and they’re a human like me and you.

Jokes aside though I think it’s also pretty easy for innocuous comments to be read as harsh when that isn’t intended via text, particularly where sarcasm is involved

That one ends up affecting me personally a lot more than an individual lack of empathy does, I think

this is a computer/mobile screen and i do not exist, only thing we need to give eachother is basic human courtesy, or however you say that