After 2 years, this Durian of a Shurian is back. Introductions are my specialty… Though pardon my mobile formatting.

RP is not required, but you can feel free to do so if it so enriches your experience in this game.

Note: Spoilers to Three Hopes are included in this Interest Check. You have been warned. 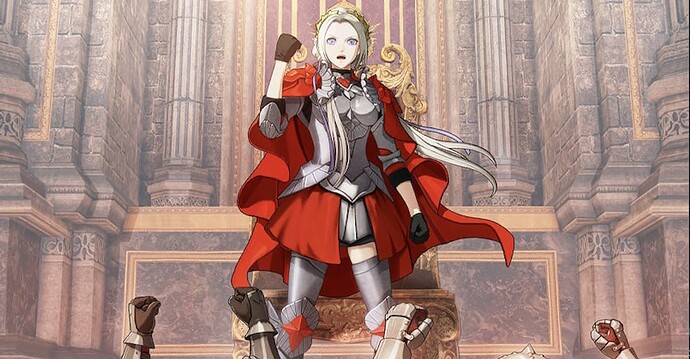 “People of Fódlan! The Empire will stand by no longer! Together, we rise against a church that has become steeped in deception and corruption!”

As the curtains rise on the continent of Fódlan, Emperor Edelgard proceeds to declare war on the Central Church. Now, the three young leaders of the Empire, Kingdom and Alliance will now have difficult choices to make.

What will they do when timultaneous times hit them? What of them when they face war? What will each faction do to win the battles ahead?

That’s where you come in.

All Players will have a role card pertaining to one of the characters in the series. Sample (WIP):

Neutral Seller
“Oh hey Shurian! If it isn’t my favourite customer! Oh, you need me to stand here? That’ll cost you!”
Time Waits for No One! (Passive): Can Move to a Territory Every 2 Turns. Immune to Human Combat Encounters. Unable to start Combat Encounters. If stopping at an area with another player, alert nearby players of your presence.
Selling! (Active): Set up shop in a territory for 3 turns, appearing on the map for the leader of the territory to see. (Cooldown: 5 turns)
Forage (Active): Find and restock your items. (Costs XX G)

All Players will have multiple missions to complete, which will award them additional VP. However, the main factions will have a heavier mission toll. If they win the war, original players in that faction will earn 20 VP, be they be alive or dead.

Faction Players will first gather at their respective capitals to recognise who they’ll be playing with. Teamwork is required for this game. For most of you (Rip to the one rolling Anna, because they’ll run around different places trying to make people buy their wares)

Other than the 3 main factions, there exists the Church of Seiros, as well as a mysterious faction. On top of that, there is a band of mercenaries who may be bought over for the right price.

Battles and Captures will be based on how many troops and politics that happen in the moment. Losing may or may not result in death.

So… have I gotten your attention yet?
I have 39 mandatory spots to fill, which can go up to 56 62 if there is enough interest.

And if enough interest is reached, I’ll add more details on the ongoing development of mechanics regarding the different phases.

(Anyone wanna cohost with me? I need 2 or 3 because if not I’ll probably explode.)

it’s a different game type compared to fefm so that means i can’t be shot 5 times in a row, right?

nobody can make promises

There is no lynch phase: This is not a mafia game after all.

But I cannot guarantee that you won’t choose to defend an area and then get attacked by 5 people from an opposing faction all at once.

Oh someone has astra in this game too dont worry 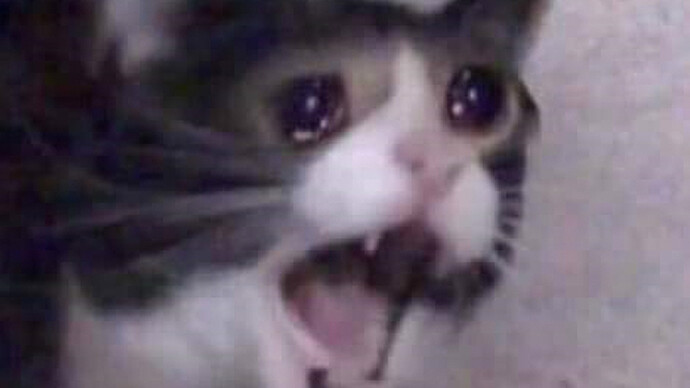 this is interesting mmm

i dont have much work, so i could be able to play this

Miscs where you need to process actions are pretty tendious for hosts to handle. Let alone for like 40 players

This seems interesting but I don’t play any Fire Emblem games.

I’m focusing on ways on how the misc works
Rn I’m working on streamlining what I have because I think it will take ages to finish one battle.

The first faction discussion between members of one faction will take 48 hours, before they move out to their respective starting locations… where then they’ll start on deciding their movement actions.

Each faction has their specific faction mission, which they should strive to achieve at all costs. Eg: Empire will try to topple the Central Church by killing their Archbishop, while said Archbishop may have another mission.

Missions will update if certain conditions are met, and will be reflected in the role card.

you may need a co-host for this one prolly

just because this can be a pretty sizeable game, another person would prolly ease alot of mech stuff tbh

op says they’re looking for 2 or 3

you may need a co-host for this one prolly

just because this can be a pretty sizeable game, another person would prolly ease alot of mech stuff tbh

This is a WIP so… I’ll come back with further refining as I develop more things.

If your main faction completes their faction goal, you’ll automatically win, and get ranked accordingly (MVP?), even if you are dead.

If you were captured and surrendered, then you’ll need to obtain 30 VP (pretty difficult missions) to win with the rest of the winning faction. This is to prevent intentional defection.