When They Cry
Higurashi Forum Mafia 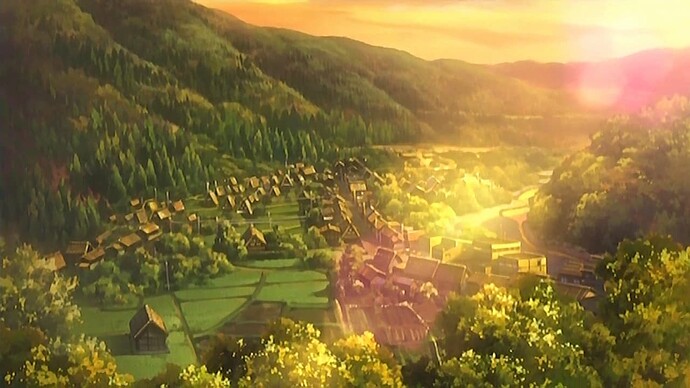 Hinamizawa1280×720 80.7 KB
An Open Micro Mafia game for 7 players created and hosted by Osieorb18
Flavor (and cohosting) by orangeandblack5

My name is Keiichi Maebara. I may look dead right now, if you’re reading this note anyway, but believe it or not, my life had turned around for me. Up until now, I’ve enjoyed Hinamizawa - it’s been good times. Then it all went downhill when some asshole with a camera showed up to ruin everything.

Warning: May contain slight, out-of-context spoilers for Higurashi - When They Cry.

Keiichi Maebara has just moved to the quiet little village of Hinamizawa in the summer of 1983, and quickly becomes inseparable friends with schoolmates Rena Ryūgū, Mion Sonozaki, Satoko Hōjō, and Rika Furude. However, darkness lurks underneath the seemingly idyllic life they lead.

As the village prepares for its annual festival, Keiichi learns about the local legends surrounding it. To his horror, he discovers that there have been several murders and disappearances in the village in the recent years, and that they all seem to be connected to the festival and the village’s patron god, Oyashiro-sama. Keiichi tries to ask his new friends about these incidents, but they are suspiciously silent and refuse to give him the answers he needs. As more and more bizarre events occur, he wonders just what else his friends might be keeping from him, and if he can even trust them at all.

When madness and paranoia begin taking root in Keiichi’s heart, he will stumble straight into the mysteries at work in Higurashi - When They Cry.

Double Elimination - two people will be lynched each day, but each player only has one vote at a time

Flipless - only flavor will flip, not alignment or role

At the beginning of Night 1:

Town Win Condition: You win the game when only Town members are alive.

Mafia Win Condition: You win the game at the beginning of Night 1 if both Mafia team members are alive, or if the the game would restart a third time.

Being an open setup, flavor has been completely randomized and has no bearing on alignment whatsoever.

Thats an intereting take on purgatory

This setup is pretty accurate to lore material tbh

This game seems to focus on alignment rather then players.
Sounds Interesting.

The rand doesn’t change if the game restarts

The rand doesn’t change if the game restarts

If exactly one Mafia is alive, the game starts over with the same rand.

And its also double elim on voting