Maybe I might get Most Enjoyable Player award if I’ve reformed enough.

I would like to nominate @Kiiruma for Best Scum Performance - Single Player (small game) in Diamond Arc Crossing.

Not only did he hard carry his team by deepwolfing and riding on an assumed mechanical (mis)clear all the way to MyLo, but he went to great lengths to submit articles on their behalf so that they would have night actions in addition to his own. He didn’t give up even in the endgame and tried his best to convince the town he wasn’t the last wolf.

I wonder if we’ll have a Most Reformed Player award this year.

I second this (the rule is that if any suggestion about anything is seconded in this thread, it has to happen right?)

Nominate @eevee for Best Fakeclaim for his fakeclaim in SCP FM

In MyLo of SCP FM, he fakeclaimed being a neutral that needed to roleblock the scum faction (SCPs) to win, and offered to side with the mafia if they let him win. His actual win condition was to eliminate the SCPs. As a result of the fakeclaim, one member of the Mafia outed the scumteam to him, which allowed town to come back from a losing position, which is basically the best possible result from a fakeclaim.

I’d like to nominate @Atlas for Most Improved Player. While it’s definitely very early in the year for this nomination I think the games on this site have already proven this to be a good one.

Atlas’ recent games have shown remarkable improvement from being a newbie. They are able to consistently clear themselves each game as town and retain a level head and solve well throughout the game. One of the things that impresses me the most is their ability to fit into the “town-follower” archetype which I think almost no other skilled town player here does often. Atlas is able to let other players lead the thread, be the driving force, and even sheep their reads over his own to appropriate levels while still maintaining his own reads and being a contributing factor to the game. He’s also able to switch and properly get things done when these leading forces die off or are alive in xylo situations. In many of the recent games I’ve read where scum is very far ahead Atlas has been consistent as both obviously town and able to keep his reads evaluated to an appropriate degree and take a new look at the gamestate. Admittedly I haven’t seen him play scum much so hopefully he rolls scum soon lol.

seconding this
he is my prodigy

Atlas was able clear him self as obvious town and was still cleared even when it was town versus the lost wolf.
When it was MYLO, he was able to reevaluate and correctly pick out the lost wolf and would have won the game earlier if the town paid more attention to his read list.
He managed to avoid being tunneled on the wrong villager when MYLO hit and correctly voted the lost wolf, helping to secure the town win. 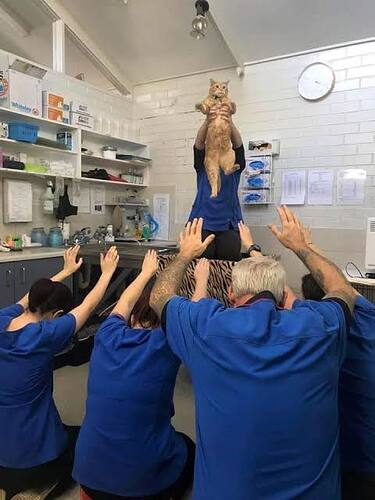 all hail the magic cat

I would like to nominate Marshal’s Word-Match Misc for Best Misc. I hope the fact that I was a co-host doesn’t disqualify this nomination. I assume this award is really for the main host/designer.

Welcome to: VERY SIMPLE LOW-EFFORT WORD-MATCH MISC (With Partners) [image] How this works: The game itself is pretty simple. 2 people are given different words to start. After you say your words, you both try to say another word that relates to both of the words you just said at the same time. Then, you both try to say a word that relates to the two new words you said. Repeat this process until you say the same thing. Example round Round Player 1 Word Player 2 Word 1 Tree Cat 2 N…

This was a simple game but lots of fun. All the players seemed really involved in trying their best to guess words and match their partner. It was enjoyable seeing what words the players tried and how close they came at times. This is definitely a game I could see being run again on FoL with some possible adjustments to make it even better.

I nominate Leafia for Best Shitposter

I nominate Leafia for Best Shitposter

It might seem odd that I am nominating a player who only played for one day. Chloe replaced into a LyLo situation, into a village slot. Until that point, wolves had dominated the game and their victory was almost in the bag. One villager’s wrong vote would seal their victory.

Chloe did everything she could to prevent that from happening.

A villager still voted for Chloe, and the village lost the game, but Chloe’s effort and read accuracy (something the village lacked when she replaced in) during the game-deciding moment were incredible. Although she had only been there for one day, she pushed hard for all 500+ posts despite the wolves’ attempts to hinder her progress.

Because she was only there for one day, she had no reason to be invested in the game. Nevertheless, she nearly saved that day.

Even though she didn’t kill any wolves, I believe Chloe’s effort warrants this nomination.

Although I’m not expecting this to win an award at the end of the year, I want the performance recognized.

seconding because im incredibly biased but “replace in, 500 post, GOAT, get MLed anyway” is a horror story

Nominating @Marluxion in Trials and Tribulations FM for Best Fakeclaim

Marluxion randed Mafia, with among other things a passive that meant that mafia automatically won ties. He claimed that he had a passive that meant town automatically won the first two-person tie, and distracted the town for two days by arguing about the mechanic, which also significantly reduced the usefulness of wagonomics in those first two days. Additionally, he was able to maneuver the tie so that it had one town and one mafia member (Wisdom), and used that to mechanically clear the mafia member, resulting in both him and Wisdom being viewed as clear and ultimately winning in F5 LyLo.