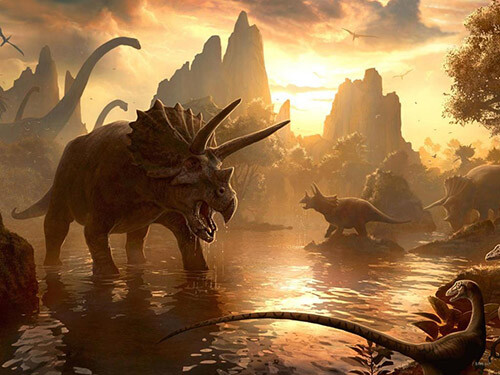 Everything and everyone will cease to exist at some point. The question is whether or not they leave behind a legacy.

Hosted by @Arctic and @CRichardFortressLies on @Host_Account_1
Reviewed by @Prophylaxis

Due to the lack of a night phase, this game is likely to be intensive and will require a greater devotion of time than a standard game of Mafia, not to mention the lack of PRs makes this a Mountainous setup. The game can last up to 14 phases. Additionally, villagers sent to heaven must continue playing in the martyr chat, in which the same post requirement must be met and the same posting rules must be followed. If you cannot play for this length of time, do not consider joining this game. If you typically fail to meet the post requirement in a standard game, do not consider joining this game. The host reserves the right to employ Wisdom of the Moderator (WotM) to decide if a player should be prevented from joining in order to maintain the quality of the game. Additionally, the rulings on activity, as detailed above, are more rigorous than that of typical games. For this reason, backups would be greatly appreciated should the game fill with ease.

Phase times may be adjusted before gamestart, should enough players request it. This includes the possible addition of a timeout phase.

The game is flavored around fauna and flora from the Mesozoic Era, comprising of the Triassic, Jurassic and Cretaceous Periods. After receiving your rolecard, you will have until gamestart to choose flavor which falls under this category. If no valid flavor is submitted, I will choose one for you. If multiple people request the same flavor, the player who receives it will be decided on a first-come first-served basis. I would recommend choosing something unique for the sake of variety - there are more creatures than dinosaurs and there are plenty of dinosaurs that aren’t a Tyrannosaurus Rex.

Do not join the game until you have read the activity disclaimer. 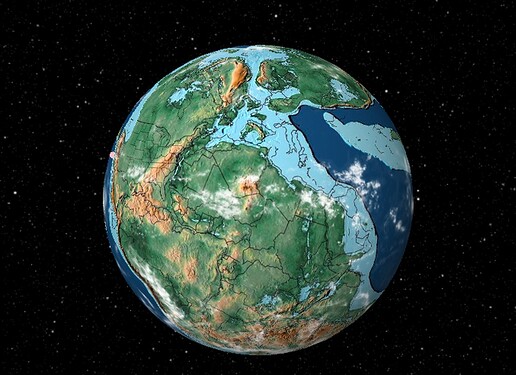 You wake up to find yourself in… prepare yourselves for cliché - the land of the dinosaurs! By that, I mean an essentially idealized version of Earth during the Mesozoic Era in which a child can live out their dream of seeing real dinosaurs, and other creatures, from all different periods up close and personal. Or in your case… living as them? To be honest, I don’t actually know what I’m doing with this flavor. I just thought that the alliteration made the title sound cool, and the fact I have a vague interest in dinosaurs would enable me to give a brief commentary on most of the flavors that flip. The goal is to convince at least some of you that I know what I’m talking about.

So… this is flavored in a similar fashion to what they do in virtually every form of media relating to dinosaurs (particularly videogames) whereby several species of dinosaurs which did not exist at the same time are presented as perfectly co-existing and part of a functional ecosystem. The worst example of this I can think of is Terra Nova, if any of you have watched that show - not only was the whole premise of the show founded on time travel to a fixed era yet featured species from a number of different periods, but they straight up made up half of their creatures and… unsurprisingly, didn’t get renewed for a second season, purportedly due to “production cost issues”… Yeah, take that with a grain of salt.

Now, what the hell does any of this have to do with heaven and hell? And to this I say, I have no idea. Having said that, the juxtaposition, if I’m allowed to say this, involved in the themes of this game, does make me laugh. Do animals go to heaven? Can animals go to hell, despite not having the cognitive functions to develop a moral compass as advanced as that of humans? On second thoughts, I’ll spare you from venturing down this rabbithole with me, as this is neither the time nor the place -after all, you people have a game to play.

Oh actually, one last thing - please do not even think about roleplaying flavor. Have fun judging the… sins of dinosaurs?

I already forgot how this setup works

No fair, I didn’t get the “post” button until the 4th refresh.

It’s not very difficult. You try to send wolves to hell and villagers to heaven.

Its good to be back. I must carry and come back in style

so i am proud to announce trochi 2.0- the trymedium model
i won’t think about this game every moment i’m awake and accidentally mix up metronidazole and metoprolol at work (got a lotta shit for that one)
i won’t hyperpost and spam thread with every thought that goes through my mind as soon as i think it
laying this out now so y’all know what to expect from me

and also there is some development on the hydra dissonance front (namely that we’re trying to reduce that and actually maybe cooperate), but i’ll let soren lay that out if they show up

Tell me, Brad, what are your thoughts going into this game?

Didn’t read this youre town congrats