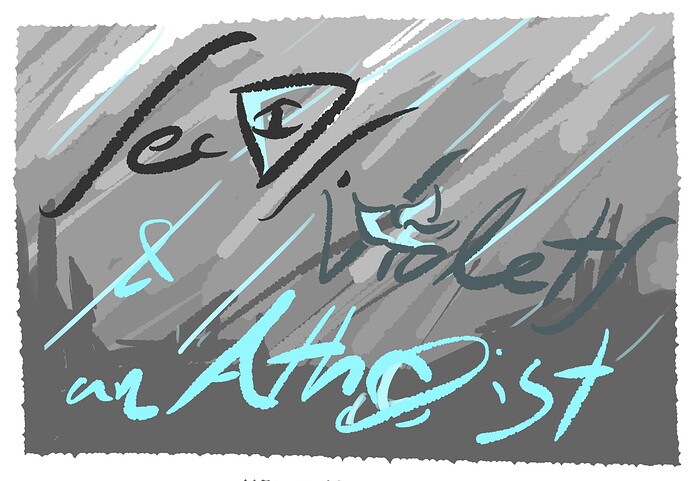 This world is filled by distortions, more than any other.
This world created as the ultimate distortion to pay the ultimate cost.
Please…
I’m trapped here.
I’ve analyzed this game to my wit’s end to try to find the answer.

I don’t know if there is one.
Who killed me?
I know they’re here, listening to me.
I just…
I just… wish.
I wish I could talk to them.
I wish I could make it up to Mikhail somehow.
I wish I didn’t have to die.
Please, can anyone hear me?
I’ll be waiting for you in the future. Where the icy winds and the butterflies meet…

Storytold by @Bellatrix and @Amelia

Cards will be going out shortly.

Do not speak about this game anymore outside of sanctioned areas.

All Cards have been sent out.

Please let us know if you did not receive one, or if you have any game-related questions at all.

So then, without further ado, let the curtain ascend on our little performance.

With 10 players, there will be by default 7 Imperialists, 0 Heretics, 2 Warlocks, and the Avatar.

The number of Heretics and Imperialists can be changed by the Vigormortis (Avatar) or the Fang Gu (Avatar).

(Starting 10 minutes early because I have a doctor appointment)

Why am I here?
What’s the point of this farce?
I died.
I saw her kill me.
The moonlight of the early morning glistened off of the bloody snow, framed by the eerie flickering of the jack-o-lanterns.

What’s a jack-o-lantern anyways?
This world is like the candle inside, without the pumpkin hiding it.
Perhaps, you can see the souls in this world for what they truly are.

This should be fun. SnV with the possibility of Atheist.

Ummmm, My name is not chat? It’s Worse. Could you please refer to me by my username?

so…
anyone wanna claim athiest?
ahaha just kidding
unless?

so…
anyone wanna claim athiest?
ahaha just kidding
unless?

At least any atheist claim can’t be the Drunk on this script.

i forgot that you were the host for a sec

Tbf they can be the mutant, though atheist doesn’t sound like something a mutant would think to claim 1st.

alright lets move past this RVS phsae
who wants to whisper