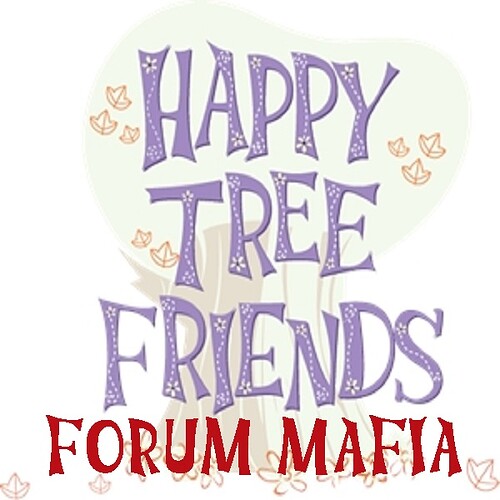 Day Hours will be 48 hours long
Night Hours will be 24 hours long
Actions will be done by messaging me
When you receive a card you will have 24 hours to reply, confirming you have received it.
You can leave your journal logs on your class PM, when you die this will be shown alongside with your reveal
Mafia members will talk through a Forum PM and can perform faction kills
Mafia can request discord group chat with the hosts
All dead players will talk through a Forum PM
claimkill and anti-claim mechanics are present on this game
It is not mandatory to do night kills or other actions.

To vote a player, type in bold characters /vote -insert name- while pinging the host like this @Frostwolf103, @Silviu200530, @Geyde with the @ next to the host account name

Once the player has been killed on day and night phrase, all cards related to the player of their flavor character, role and faction will be revealed as well the latest updated logs unless that is altered in some way

It is allowed to end the day phrase without eliminating anyone

Town roles can be stacked with multiple slots of same role

To join, simply express in joining by saying something like /I want to join or /join or /in or /sign me up, coach. You must type it in bold, additionally you also must take a slot of your choice from ‘Flavor Character List’

The whole Happy Tree Community have been waiting eagerly for the party get started with everything prepared like the drinks, the food, the party games, ready to singing high-pitched karaoke songs, one of the animals alerted the rest that Marshal is coming and to turn out the light and quiet as possible, the door opened as Marshal have returned home from after long work, Marshal will be described as female sheep with red poncho and this weird black hat

Surprise! roared everyone present in unison and the lights spring to live and Marshal bleating in surprise and then laughs happily with the animals gathered today for her birthday party, all twenty animals are singing Happy Birthday song for her and bring in the big delicious birthday-themed cake with candles lit on fire and some chocolate decorations

Marshal have received gifts from her friends and there’s nothing that is going to make the party sour and ruined, oh how wrong she is. However she catch several of the animals are looking rather gloomy but they quickly pretend to be all happy in a moment when they noticed Marshal is looking at them, how strange indeed? Marshal didn’t think too much of that time and over several hours, the party have ceased and everyone returned back to their homes to sleep…

“That evil-looking sheep!” said one of the animals hidden in the shadows among their other peers in group

“Yeah! She’s too suspicious, is she even part of our community? I never seen her before but apparently the town seems rather thralled under her magick spell!”

“We must find a way to break our friends out of trance, but how?”

The rest of the three animals looking towards their self-proclaimed leader and shouted “What!?”

“You heard me right, this is the only way to stop the curse that sheep have instilled on them and us.”

“What are you talking about?”

“Don’t you get it? Our memories are returning…it’s haunting us in our dreams and–aaaaaaaaarggghhhhh!”

The self-proclaimed leader starting to get unhinged and the remaining ‘mafia’ followed suit as they were possessed by unknown factor, could it perhaps their own PTSD turned them into bloodthirsty murderers?

Some animals that serve no interest in the town community and weren’t present in the secret meeting have already fell into primal instincts, what little sanity they have left inside will be carried to accomplish their own goals

Marshal on other hand is already packing the suitcases to leave.

There is no more Night 0. Day 1 will still start at the noted time above.

Do not discuss this decision in a game-relevant capacity.

OP has been updated.

Day 1 has started and lasts for 48 hours

Vote Majority for execution is 11 votes

The next morning has arrived and the celebrity of the night previously have prepared the luggage ready for short vacation, when Marshal the sheep is ready to leave house she is stopped by her neighbor, you.

“Ah haha, hello! You are still here, hey listen I have something to tell you”

Marshal quirk up her lips and retracts into smiling lips “Yes, what is it [insert your character’s name]?”

“The town community is calling for emergency meeting! A Buddhist Monkey have been attacked last night a-a-and he’s in coma from the fight!”

“There’s no time to explain, you must come with me quickly.”

You arrived at the mayor’s building and everyone that are present look at you as you entered the conference room.

Reminder that Day 1 has started

I need to see the announcement of your death

Don’t worry, you’ll get it

Okay why can’t I paste anything on this?