Secret Palpatine Round 2 - The Sith have won!

In a galaxy far far away, the Jedi are in a war for control of the galactic government. Whoever controls the government, rules the galaxy. To complicate matters for the Jedi, the Sith have sent in undercover agents posing as Jedi to undermine them and secretly advance the Sith agenda, who rumor has it is led by the sinister Palpatine.

To make matters even worse, it is also rumored that Palpatine himself is one of the undercover Sith agents posing as Jedi. Will the Jedi root out the traitors and maintain control of the government? Or will the Sith succeed in pitting the Jedi against each other to advance their agenda? This is the game of Secret Palpatine hosted by CRichard and co-hosted by Silviu200530. 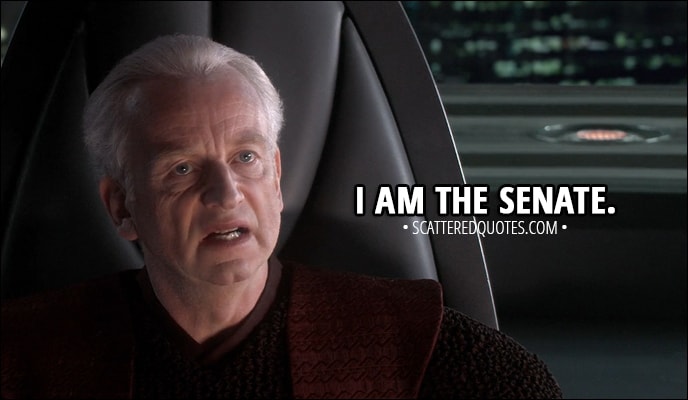 Obligatory ping for all participating players.

The Vice Chair order has been randomised and this is the order from top to bottom.

Election Phase 1 has started. It is Mistyx’s turn as Vice Chair to pick their Supreme Chancellor.

And it starts. Let’s play smart everyone.

That would be best I think. I have a lot of experiance with Secret Hitler which is what this is but with a Star Wars flavor.

You ever played Secret Hitler?

nope, but I have read the rules and have seen people play

Ah. This is Secret Hitler but with a Star Wars flavor basically.

I got that much, but it doesn’t explain what this 1 → 6 meta thing is

Hiya Seth. Interestingly enough, I’ve been reteading through Insurgency lately. That game will always be close to my heart because it was my first ever game on the old site.

What’s the benefit to using this meta vs. picking who you trust? information?

okay, I can get behind that