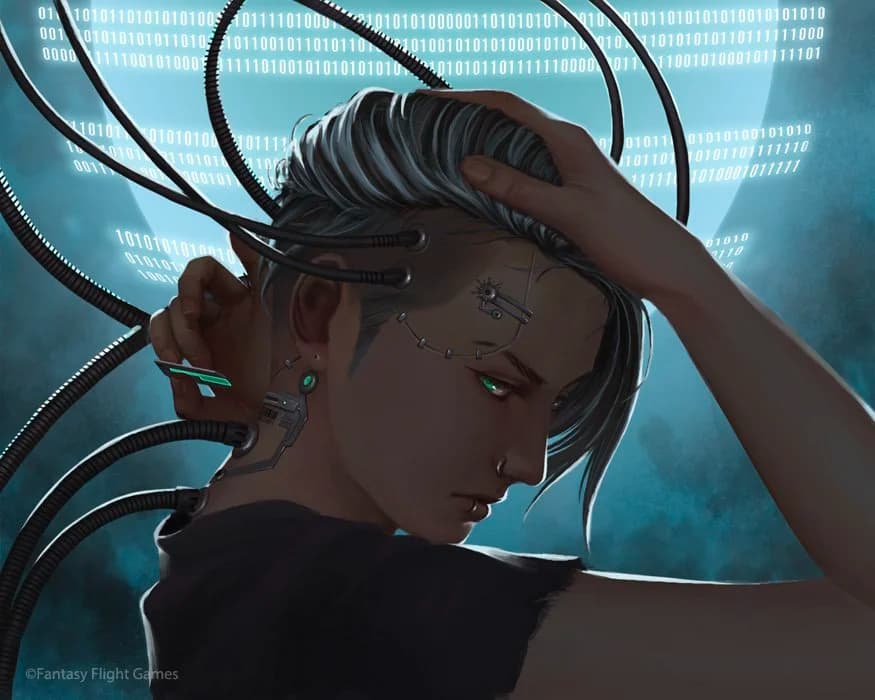 This game will feature mentors, which are an ideal way for newer/less experienced players to get some personal help throughout the game!

The way this will work is that a mentor may lend their help by posting /mentor in the sign-up thread, and players who are signed up may optionally request a mentor to help them with their game. (Mentors, as well as knowledge of who is mentoring who, is also public). Mentors and mentees may discuss reads privately; however, mentors should not impose their reads on their mentees. Mentors should not be discussed or referred to in the main game thread. Please let me know if you have any questions about this.

All private conversations should be copied to me (I recommend making a PM chain and inviting me and my cohost).

Welcome to New Angeles, home of the Beanstalk.

From our branch offices in this monument of human achievement, NBN proudly broadcasts all your favorite media programming. We offer fully comprehensive streaming in music and threedee, news and sitcoms, classic movies and sensies. We cover it all.

Ours is a brave new age, and as humanity hurtles into space and the future with an astonishing series of new advances every day, NBN and our affiliates are keeping pace, bringing you all the vid that’s fit to view!

Role PMs will be sent out in the next couple of hours to both mentor and mentee.

Role PMs have been sent out.

A certain number of players this game have mentors assigned to them, who can help answer questions and give them some guidance as to what to do if they are lost during a game. Mafia mentors, if there are any, would have access to the entire wolfchat.

Here are some baseline rules and guidelines regarding this system. If you have any additional questions, please reach out to me (Prophylaxis) or my co-host (Millium). I will be pretty lax in terms of enforcing these; I pretty much hope to trust everyone here to have a good time and not break the rules. 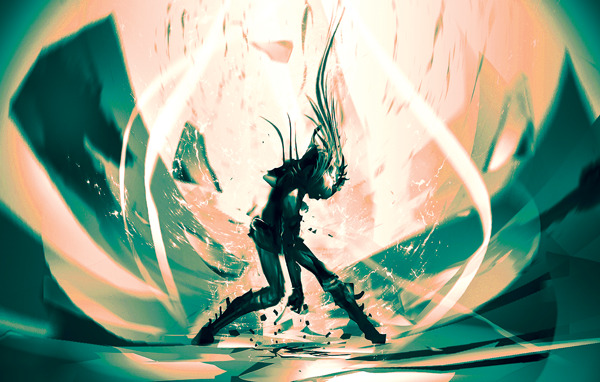 The stadium roared as the announcer called out his alias. His fingers twitched, and he began to recite the prime numbers backward from a thousand. He reached 601 when the horn sounded.

Just yesterday he had traversed the harlequin streets of New Angeles, jacketed against the drenching rain that fell in sheets.

“Gotcha ‘scape man,” barked a low-life data dealer from beneath his ratty poncho. “Best stuff this side o’ the stalk!” He pushed past the dealer, dodged a landing hopper, and vanished down a darkened ally.

His destination was a dilapidated door, the green paint stripped and shards of broken wood hanging off it. He knocked on it awkwardly. It was opened by an attractive woman with jet locks and green eyes. “Please come in,” she said. “He is waiting.” His hostess led him past a bar, dance floor, down a set of revolving stairs, through a richly furnished lounge, and into a small office.

Mr. Li was an aging gentleman wearing a perfectly tailored suit. He sat behind a large metal desk. “Mr. Whizzard,” he said. “Please have a seat.”

The crowd was gone. The stadium, gone. He was in the game. It was dark, and he flicked up his HUD. The four bots under his command waited for an order. His seeker program was running. Three opponents were making for the central tower. Two more had split up the sides of the map. He smiled.

”Call me Whiz. And I prefer to stand.” He spent hours a day jacked in, he didn’t want to spend a second more in a slumped position.

“You have never lost.” It was not a question. “With the ICG tomorrow, there are a lot of creds switching accounts. The biggest cast this year, no doubt. And you… you are finally going to lose, yes?”

Whizzard coughed in surprise and anger. “I don’t throw games!”

Mr. Li stood up with placating hands. “Hear me out. This isn’t about money. If it was, I couldn’t offer more than the winnings anyway.”

His sensors picked up a laser from the remnants of the Armory, and he shielded as his StrikeBot was evaporated. Whizzard ordered a flare toss from the Y-Bot, flashed to the location, and opened up on a surprised opponent with his Rapid Flechette. His opponents’ shields were almost always too slow, thanks to the help of a small latency program of his own design.

“When two great forces oppose each other, the victory will go to the one that knows how to yield.” Mr. Li sighed. “You have built your career outside the system. You and…your friends…understand that the network is the ultimate means of control.”

Mr. Li reached into his desk, and brought out a small chip, no bigger than his thumb. “Freedom for all from the network-for a time.”

Two of his opponents and their squads were down. There was a Sol assault coming in seven seconds and Pariah was out of position. Almost assuredly a critical. That left Hawkz and Sunesa. Sunesa was down to just a StrikeBot and Hawkz held the Nexus. The tower he needed. His tower. Activating a speed glyph, four lights streaked across the battlefield t toward the center.

Whizzard sat in silence after hearing Mr. Li’s plan. “Anyone who was linking into the cast…”

“And more. NBN routs it through the stalk.”

His mind was churning. This decision could change everything. “Alright, I’ll do it.”

Sunesa was out, and Hawkz still held the Nexus with a Power and Y. Whizzard ordered his bots to rush the tower and punched up a Smoke Barrage. Red warning lights flashed as one by one his squad fell to Shatters and flechette fire in the mad rush. But Whizzard gained the entrance, taking several body hits in the process and his shield dangerously low.

The tower contained the hook to the outside world. The PowerBot was holding the Jump Pad with a Shredder. Whizzard side-stepped and dived out of the way, strafing the heavily armored bot with his flechette. A slight disrupter field allowed him to dive through otherwise fatal fire and pop the bot in its weakpoint with a Slider Blade for massive damage. It deactivated and vanished in a string of pixels.

Hawkz and his Y-bot held the top of the tower, and Whizzard loaded up the cyber-EMP. It would activate upon his disengagement from the game, otherwise it could fry his brain. The closer he was to the Nexus, the stronger the signal and greater the chance of success. He hit the jump pad and shot upward to the pinnacle. As he landed he sheathed his weapons, and Hawkz and the Y-bot began to unload. Then his shield was gone and his HUD was on fire and the game began to slide away…

The crowd was roaring around him. He sat alone in an empty glass cage, the displays fading around him. A sudden hush began to fall as thousands of screens went dark. The ripple effect would cover at least half the American grid.

Whizzard grinned. “I’ll count this as a win.”

just finished a turbo where i got ML’ed day 1 as JOAT in a tie with the wolf i was pushing, AMA.

Why do you play turbos?

I don’t like turbos because I’m polarized in them and that fact makes me insecure it feels like there’s no real solving to be done and it’s nearly all vibereads. Not that my usual reads amount to much more than that a lot of the time but that’s still a thing.

Is that turbo going to influence your play at all or not really? Do you feel like you learn something from turbos that’s applicable to regular games?

on day 1 it’s mostly vibereads but associative reads can also be pretty useful in turbos because a lot of the time wolves won’t put much thought into what they’re posting so if something feels clearing for someone most of the time it just is.

i don’t really think anything from that game is useful to apply here, since apparently my issue was not being towny enough to the extent that i got flashwagoned and this has never really been an issue when i’m town in long games.

now, something that may be slightly more potent, did you learn anything from pathologic invitational which you’ll try to apply this game?

I genuinely forgot what game that was and had to look it up.

Do I need to answer this question?

you don’t have to, but i think it would be a useful exercise if you haven’t thought about it much already

Votecounts should be enabled.

Was worried cause I was in class when this started but
I see we’re starting off with high activity huh :^)