You may assume that all Global/Site and/or Forum Game Rules apply to you in any game-related thread, chat, etc. unless the host has explcitly informed you otherwise.

The definition of toxicity may be loosened at times, but in general, don’t be a jerk.

Many of the rules of the game will be hidden at the start. The rules in this post cannot be changed or hidden.

The Shop is open and has the following mystery boxes for sale:

#-17. The second Thursday of the game (April 14th) is “Doctor Who Day”. Living players each receive a 1-shot Watcher that can target any currently living player but only on past Nights, and can only be used during the 24 hours from when this is announced. The player(s) who see(s) the highest number of results receive(s) a reward.

#12. Banana: Prior to the game start, each slot is asked to choose another slot and one out of the three of Attack or Defend.

#20. Banana: Players must vote for the game to be over for it to end. (The game can’t end until a majority of living players have posted “Game Over” in the thread.)

#43. Banana: In the case of a tied elimination after Day 1 Start, two random players who are not voting for any of those players are eliminated. In False Start, the tie rule will be based on the most/least recent to reach that number.

#57λ. Banana: This rule will be revealed permanently when a player receives a non-48-hour Day phase.

#94. Banana: A player’s kerning is how many times they might have died this game (including actions prevented, redirected or protected against).

#112. Banana: Prods can remove someone’s invite status for the purpose of priority lists, at host discretion.

#143. Banana: On April 2nd at activity check time, if any player has yet to receive their role PM, the host calls out the living player(s) as having made it through the brawl. Each of those players receives their role PM using the priority list below. Once 24 players have been randomized this way, the rest of players are sent into uninformed spec chat.

All of this counts relevant voted-out players:

#147. Banana: At Activity check on April 5th, if plurality is not on Soft (33%), reveal this rule and reveal and remove the plurality rule, setting plurality to Soft (33%). All players’ phase lengths become 48/24 and deadline becomes the earliest Noon PST such that no player will have phases of less than 48/24. It becomes the same (latest) Day phase for everyone. If players don’t vote before the next end of Day, they are entered into the player roulette. X times over the course of the following Night, where X is 50%, rounded up, of the players entered into the roulette, a random player is drawn from the roulette and asked 3 quick-timed trivia questions. If they get two or more of them wrong, they die. If they get one wrong, they go back in the roulette.

#151. If a player says the word “Banana”, their vote value is multiplied by -1 at the next vote check. The second and seventh time this happens to the same player, that player may reveal a hidden rule.

#160. Banana: At activity check times on April 25th or later, if at least 10 players are alive and Gojira is not alive, Gojira comes to life.

#180. If a player says the name of a host or site staff member in three or more posts during a phase, that player gains a neighbour chat with that host or location staff member at the following vote check (with that person’s consent). Only three chats per location may be created this way.

#188. The first time each Day that a player says the flavour of their role PM in the thread, they get a 1-shot claim vigilante at the next vote check. Each player can only gain an item this way once per game.

#194. If a player asks politely for 1 or 2 points, they will get them. Players cannot gain more than 2 points this way.

#200. Each time a player votes for a host, plurality voting switches to the least used of the following modes. If it has shifted through all of them, it switches between Most and Least-Non-Zero.

#213. The 17th time any of the following words (or obvious linguistic derivatives, at host judgment) is used this game, posts which include these words do not qualify as content for the following 48 hours. The 37th time any of them is used this game, the last uncensored word on the list to be used becomes censored. Posts which include that word do not qualify as content and lead to a prod for the rest of the game.

#317. The first time this game that a player links to another game onsite, spawn Gojira at the following Vote Check.

#444. If a player votes for the same player between two Day phases in a row, the game thread switches location (See Note) at the start of the following Day. If a player is not in good standing in the location, or for any other reason, they may find a representative to play in their stead at that location. They are an imaginary friend for that representative for the duration of the time in that location. Each location other than FoL can only be accessed once.

#570. The second Monday of the game (April 11th) is “Mother Appreciation Day”. The player(s) who write(s) the best (by vote; players may not vote for themselves) positive poem(s) about their mother(s) get(s) a reward.

#589. The second Wednesday of the game (April 13th) is “Kasparov Day”. Players will each be given a non-Knight Chess Piece of their choice for their distinct (random) spot on the edge of a chess board. They may each submit a series of legal moves to get to the opposite edge of the chess board. However, if any spot on that series of moves is intersected by another player, each of those two players gets a point. The player(s) with the fewest points out of players who have submitted a series of moves each receive a reward.

#6969. The second Friday of the game (April 15th) is “Tax Day”. Players with points on Tax Day may spend any number of them. The player who spends the most points by activity check the following day receives a reward.

#9001. The second Saturday of the game (April 16th) is “Dead Man’s Square Day”. Uninformed Dead players will be able to talk in the game thread, regardless of what phase it is. 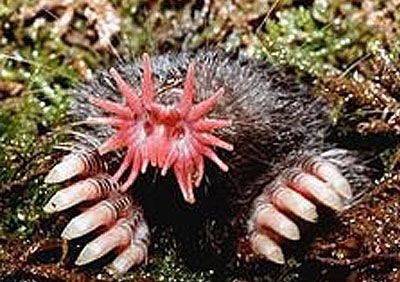 Please link posts in which you vote in the voting thread. A majority will achieve a result.

Me to hosts like 5 minutes ago: when does game start
2 minutes later: game starts

also vote:osieorb
Lets get this over with

what the fuck is this game

I don’t know my alignment.

Uh…
Am i the only one that does not have a rolecard?

Heya peeps, let’s do this!
Whatever this is, anyways

but im legit peacing out until i get a wincondition

was it attack defend + a mystery third option?